Waiting for MVA to declare they don't have numbers: BJP's Sudhir Mungantiwar

Mumbai: Amid the political crisis in Maharashtra triggered by a rebellion of a large section of Shiv Sena MLAs, who are currently camping in Assam, BJP leader Sudhir Mungantiwar on Tuesday said that they are waiting for Maha Vikas Aghadi (MVA) to declare that they don't have the numbers to prove majority in the state assembly.

"BJP doesn't need to prove the majority as of now. We are waiting for MVA to declare that they don't have the numbers," he said.
Mungantiwar further said that right now the BJP is in wait-and-watch mode.

"We had clarified yesterday as well that we will hold another core team meeting in the days to come, keeping in mind its necessity - if any. We will deliberate and make a decision. Right now we are in a wait-and-watch mode," the BJP leader added.

Another Maharashtra BJP leader Pravin Darekar said that the political situation in Maharashtra is unstable right now and the MVA government is in minority. 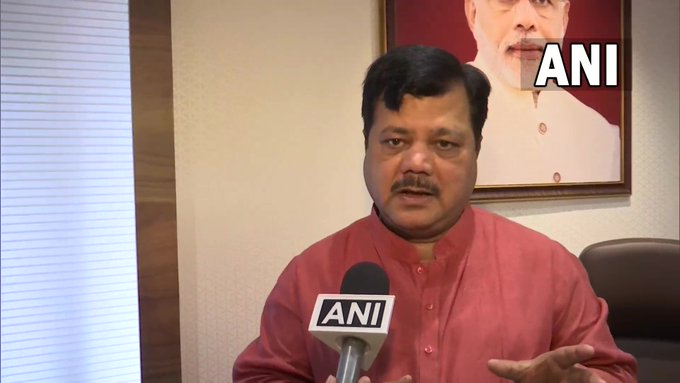 "The political situation in Maharashtra is unstable right now. MVA government is in minority. They are issuing 200-300 Government Resolutions (GRs) every day. It is public money. I have requested the state Governor about it and he has asked the government to investigate it," said Darekar.

Earlier on Monday, a core committee meeting of the Bharatiya Janata Party's Maharashtra unit was held to discuss the state's political situation amid the crisis faced by the MVA government due to the revolt in Shiv Sena.
The BJP has decided that the party will follow the "wait and watch" approach.

The meeting was held at the residence of former chief minister Devendra Fadnavis in the presence of Maharashtra BJP chief Chandrakant Patil and other BJP leaders.

Meanwhile, Congress's Rashtrawadi Yubak has called the rebel MLAs of Maharashtra traitors and they put up posters in various locations of Guwahati. 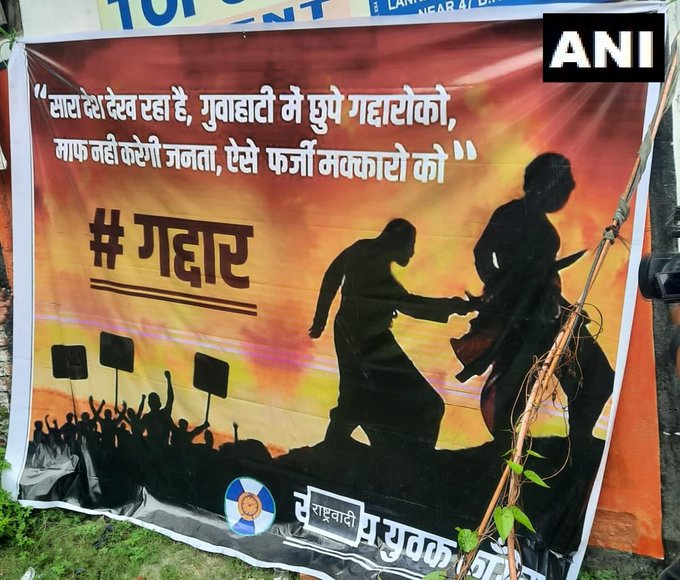 Also, the banner, with the faces of Balasaheb Thackeray, Eknath Shinde and Anand Dighe, was seen yesterday on the route between Radisson Blu Hotel and Somnath Temple in Guwahati and it was removed today. 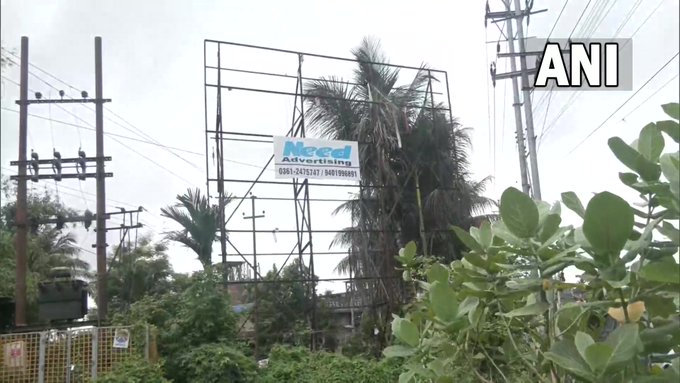 A total of 48 rebel MLAs of Maharashtra including 39 rebel MLAs of Shiv Sena are staying at Radisson Blu hotel in Guwahati since June 22.
Notably, the political tussle in Maharashtra between Shiv Sena and the rebel group led by Eknath Shinde has now reached the Supreme Court.

The pleas filed by the breakaway camp challenge the disqualification proceedings against Shinde and 15 other rebel MLAs.
On Monday, a separate plea was filed by Shinde in the top court regarding the safety of the legislators who have challenged party chief and Maharashtra chief minister Uddhav Thackeray. A bench of Justices Surya Kant and JB Pardiwala heard the pleas on Monday.

Earlier on Monday, the Supreme Court granted interim relief to rebel Shiv Seva leader Eknath Shinde and other MLAs to file their reply to disqualification notices issued to them by the Deputy Speaker of Maharashtra Assembly by July 12, 5.30 pm.

"This is the win of the Hindutva of Balasaheb Thackeray and the ideas of Anand Dighe," Eknath Shinde tweeted after the Supreme Court deferred the disqualification proceedings of rebel MLAs till July 11. (ANI)

Industry waves a teary goodbye TO THE COMEDY KING

PREPARING FOR THE LONG WAR

IDT Students Launched Exclusive Navratri Collection on the theme of...