Article 370 was temporary provision that was put to rest, says Jaishankar

New Delhi: As India marks its 76th Independence Day, the Indian Navy, Indian Army and Indian Air Force are celebrating the day with zeal and fervour.
As part of Azadi Ka Amrit Mahotsav (AKAM) to celebrate 75 years of India's Independence, commemorative visits are being undertaken by Indian Navy ships to foreign ports on every continent (except Antarctica).
Various activities and events are being planned at each of these ports by Indian Missions on August 15, 2022 during the visit by IN Ships. The most significant amongst these would be the hoisting of the tricolour onboard these ships in the presence of the Indian diaspora and distinguished local dignitaries. This event is spread across six continents, three Oceans and in six different Time Zones.

Other activities being planned include official calls by IN crew on the senior leadership of the host country, participation by IN contingent/ Guard at the Flag Hoisting Ceremony in the respective Embassies, band performance at a prominent public place/ auditorium, ship open to visitors, visit by school children/ Indian diaspora, deck reception and various cultural events as organised by Indian Embassies.
In London (UK), the crew of INS Tarangini would be paying homage to the Indian soldiers, who gave the supreme sacrifice during the two World Wars, at the Commonwealth Memorial gates. Similarly, a ceremonial wreath laying by the IN ship crew/ delegation is scheduled at Kranji War Memorial and the INA Marker in Singapore. At Mombassa (Kenya), the IN crew will participate in the inauguration of a commemorative pillar in the Battlefield area of the Taita Taveta region where Indian soldiers fought and sacrificed their lives whilst serving under East Africa campaign of World War - I. The commemorative events will also include battlefield tours, a mobile exhibition and a Light and Sound show at Fort Jesus highlighting the contribution of the Indian soldiers in WW-I as well as India's struggle for independence. 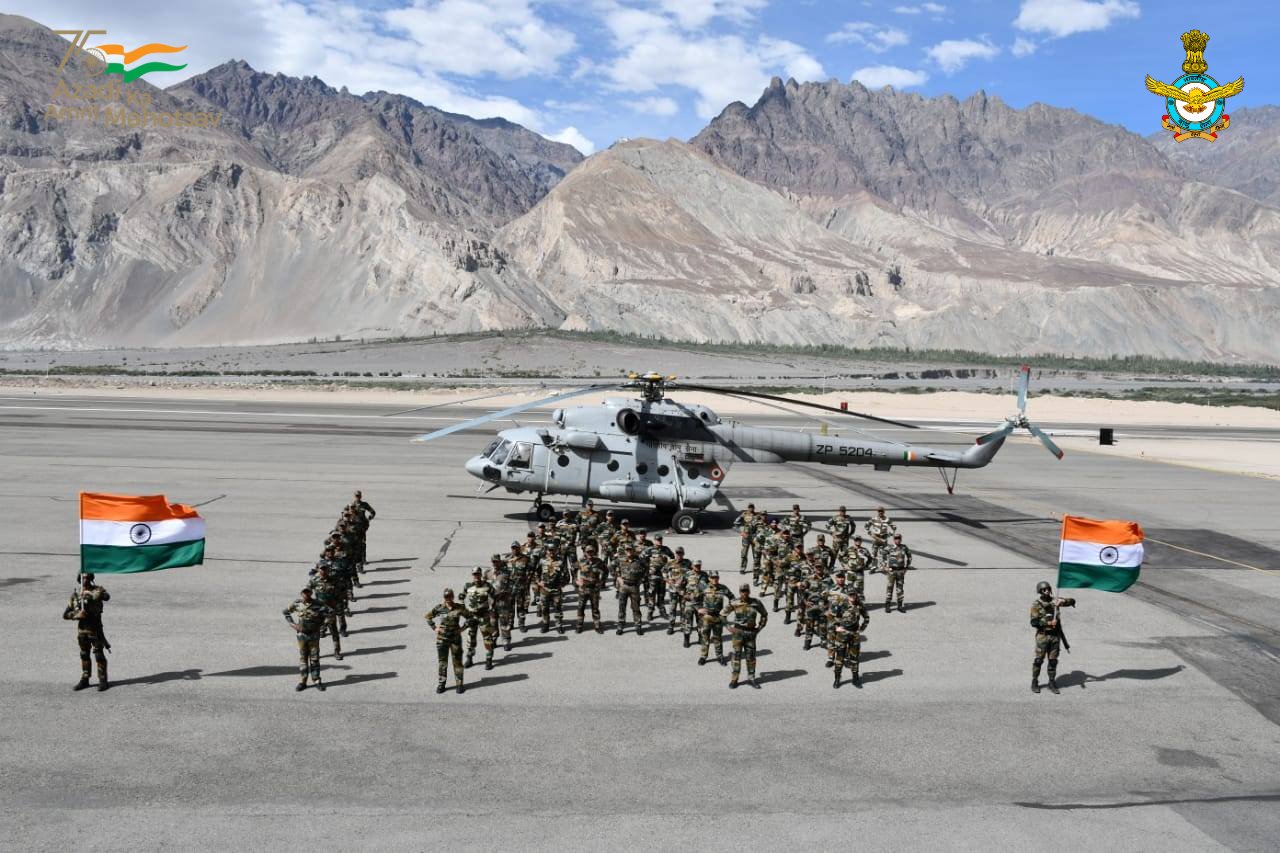 "Indian Air Force with the #Tiranga #HarGharTiranga #AzadiKaAmritMahotsav," tweeted IAF with a series of pictures.

Indian Army
The Indian Army unfurled a 75-foot national flag at the Vivekananda Rock in Tamil Nadu's Kanyakumari on Thursday, August 11. It was done as part of the Independence day celebration and several activities have been taking place across the country. 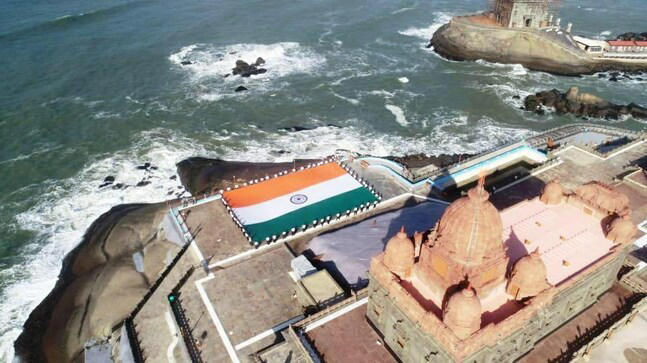 The Army personnel are filled with enthusiasm as they celebrate the Independence Day.
The 75th year of India's Independence Azadi Ka Amrit Mahotsav is an occasion to reinvigorate and reemphasise India's maritime moorings. Towards this, a large number of activities have been undertaken by the Indian Navy over the last one year both within the country and abroad. Commemorative ship visits to 75 Indian ports in the year 2021-22, President's Fleet Review aligned with the 75th year of independence, Lokayan 2022 (sail ship expedition), display of monumental national flag at Mumbai, community outreach programs across all coastal districts of India, freedom run at various cities, sailing regattas, mountaineering/ cycling expeditions, blood donation camps, coastal cleanup efforts, seminars/ events on India's rich maritime heritage, and felicitation of gallantry award winners and war veterans (born in or before 1947) are some of the prominent events undertaken.
Beginning his speech at the Red Fort, Prime Minister Narendra Modi stated that it was a historic day for India as it takes a new path, new pledge with renewed strength. Ahead of his speech at the Red Fort, Prime Minister Narendra Modi hoisted the National Flag amid a 21-gun salute by the indigenously developed howitzer gun, ATAGS. This was followed by a shower of flower petals by helicopters. Earlier in the day, PM Modi visited Rajghat to pay his respects. (ANI)

There should be no space for fraud in Ayushman Bharat-Pradhan Mantri Jan Arogya Yojana: Mansukh Mandaviya

STOP THE BICKERING, GET BACK TO WORK; AAP-BJP TUSSLE NEEDS TO END

Industry waves a teary goodbye TO THE COMEDY KING

PREPARING FOR THE LONG WAR

IDT Students Launched Exclusive Navratri Collection on the theme of...