Rahul Gandhi writes to PM Modi; asks him to not 'force' Kashmiri Pandit employees to return to Valley

"Parliament is North Star of democracy...we are required to work according to rules": RS Chairman Dhankar tells MPs

IND vs AUS: Team Australia trains with "Ashwin's impersonator" ahead of Border-Gavaskar Trophy

Exposure in Adani Group 0.88 pc, no cause for concern: SBI Chief

Chennai: The All India Anna Dravida Munnetra Kazhagam (AIADMK) workers gathered in large numbers to welcome Edappadi K Palaniswami (EPS) ahead of the General Council meeting scheduled to take place on Monday.
EPS left from his residence for the party's General Council Meeting, to be held later in the day.

Notably, Madras High Court will deliver its verdict on whether to allow the AIADMK General Council meeting by 9 am, a civil suit filed by O Panneerselvam (OPS) seeking a stay on the GC meet scheduled to be held at 9.15 am on Monday. 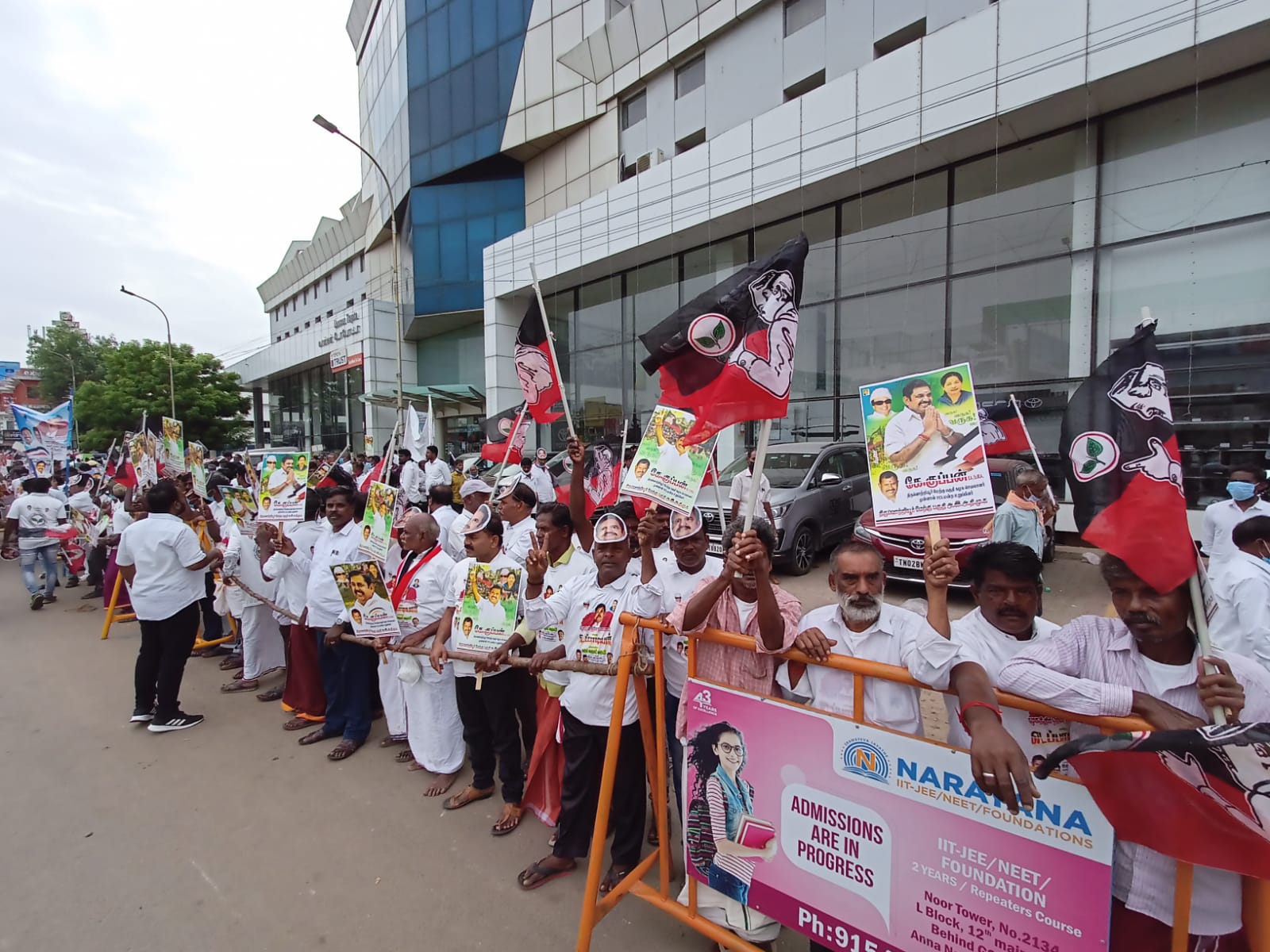 EPS supporters carried banners with the slogans such as "EPS as single leader". Among those gathered outside the party headquarters was a man dressed up as AIADMK founder MGR. 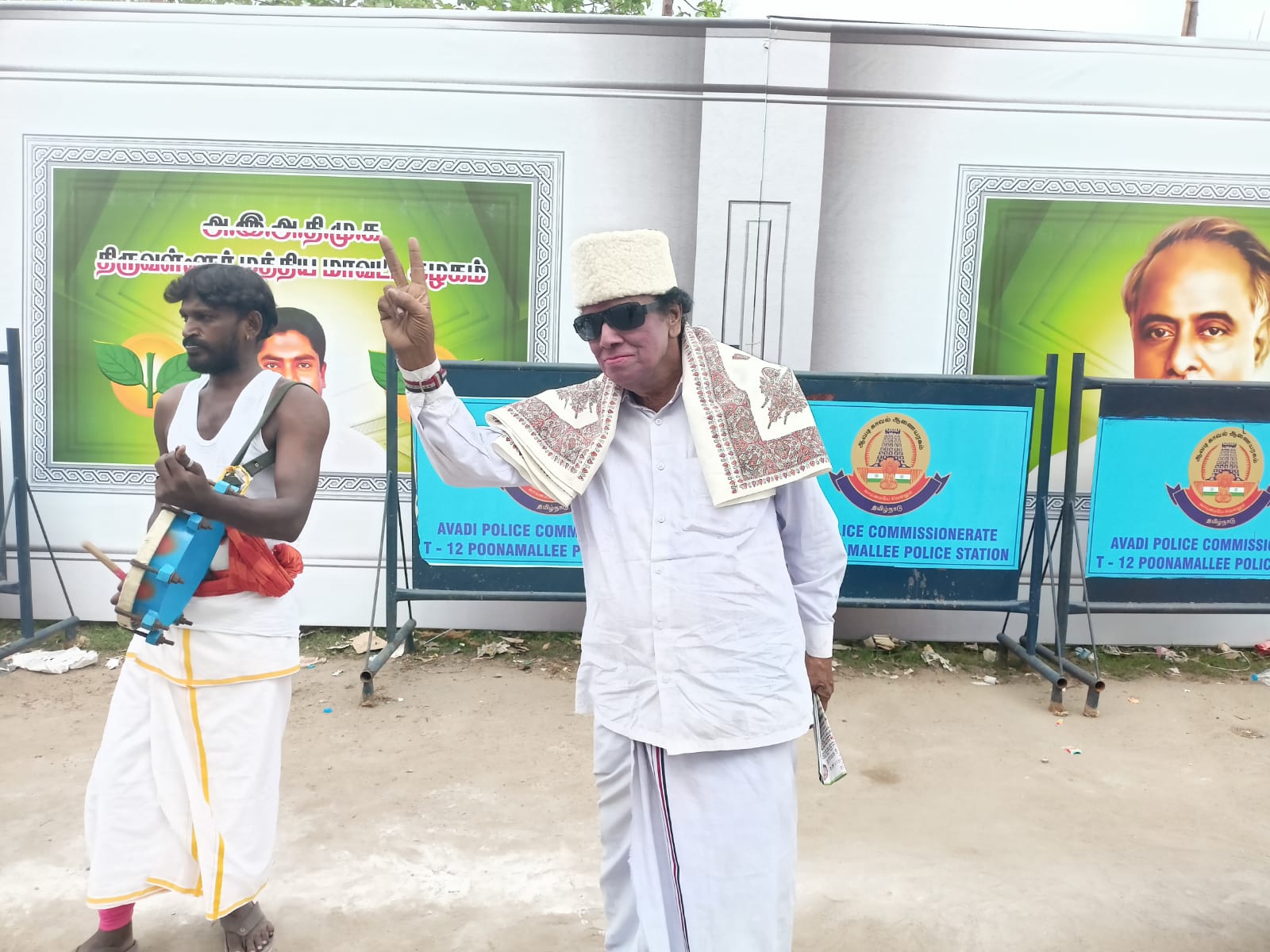 AIADMK Presidium Chairman Tamil Magan Hussain on June 23 announced that they have decided to hold the next General Council Meeting (after the one that took place on June 23) of AIADMK at 9.15 a.m. on July 11.

Earlier on Sunday, the EPS camp of AIADMK held a discussion at the residence of EPS in Tamil Nadu.
After all the 23 resolutions of the General Committee members were rejected, the supporters of O Panneerselvam-- who wanted to have the dual leadership format in the party continue-- staged a walkout from the meeting.

He further expressed that whenever the next General Council Meeting would happen, all the 23 resolutions and a single leadership resolution will be passed.

After the demise of Jayalalithaa in 2016, the party has been following a dual-leadership formula with EPS as co-coordinator and OPS as coordinator.

Palaniswami is eyeing single leadership in the party and his camp is pushing for passing a resolution in the said regard during the June 23 meeting, while Panneerselvam claimed that the general body could not pass the resolution without his signature as per the party bylaw.

Since the district secretary meeting on June 14, voices for single leadership in the party grew louder. Both the camps held several rounds of talks to resolve the issue but remained unsuccessful.

OPS had also written a letter to EPS demanding postponement of the general body meeting citing a "confused situation" in the party which the AIADMK co-coordinator denied.

In comparison to OPS, EPS enjoys the support of a large number of party MLAs and district secretaries.
Amid all this drama, OPS' long-time loyalists had also joined the EPS camp.

Amid a controversy over the issue of single leadership in AIADMK between OPS and EPS, the former had held an "individual meeting" with his supporters and district secretaries at the party office here. (ANI)

Rahul Gandhi writes to PM Modi; asks him to not 'force' K...

SC seeks response from Centre, States on plea to transfer...

Blinken's visit to China postponed after discovery of Chi...

"Parliament is North Star of democracy...we are required ...