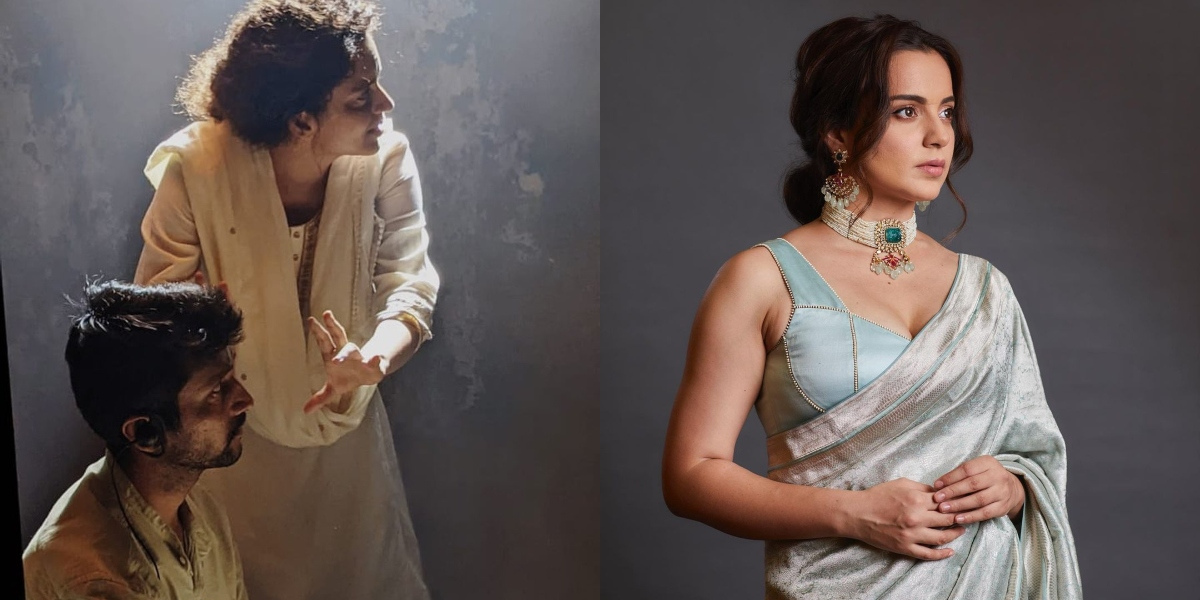 Kangana Ranaut, who is currently preparing for her upcoming film, Emergency, recently released a behind-the-scenes photo from the set expressing the significance of filmmaking.

On Monday, the Dhaakad actress shared a post in which she can be seen donning the director's hat. She wrote about how filmmaking is a fine blend of prep, practice, and spontaneity.

She said , “Filmmaking is a fine blend of prep, practice and spontaneity.That's why it can be the most difficult or the easiest thing to do, depends how efficiently you can be rigid and fluid both at the same time. If you know how to prepare hard to shoot what must be shot yet in the last moment you demolish that mental structure/ road map / blue print and be free to find something entirely different based on your instincts then you know how to make a movie .... And if you know how to make a movie you will know in actuality one can't make a movie. Film maker is a myth, there is no such thing.if anything a movie makes a maker because story has its own seed and soul which finds expression and manifests and so called maker simply watches bewildered, enchanted as she finds herself transform in to a role she must play “

Janhvi Kapoor addresses the criticism she receives for being launched by Karan Johar; saying, “Made me a target that is easy to hate

Alia Bhatt and Ranbir Kapoor announce the name of their daughter; receive love from friends and fans