373 mines were inspected in fortnight: ACS

GEHLOT, JOSHI, PILOT AMONG THOSE RECOMMENDED AS AICC MEMBERS

Whoever high command wants will be the CM, says Congress leader SS Sukhu

New Delhi: Congress leader Sukhvinder Singh Sukhu on Friday said that the MLA selected by the party's High Command would become the new Chief Minister of Himachal Pradesh.
"Whoever high command wants will be the CM, whoever has their blessings besides the discussions and suggestions of the MLAs," SS Sukhu said while heading to Shimla for the Congress legislative party meeting at party state headquarters, Rajiv Bhawan in Himachal Pradesh. "Every journalist has asked me earlier about the person under whose leadership we (Congress) would contest elections. I have said that it will be done under the collective leadership, the ideology is supreme and the post comes later. We will have a Chief Minister and the High command will make the one from those who had contested the Himachal Pradesh assembly elections," Sukhu said further.
Meanwhile, Himachal State President Pratibha Virbhadra Singh, in a conversation with ANI, was seen hinting at her desire to be chosen as the CM of the state as she said that the party cannot ignore the person (her husband- Virbhadra Singh) in whose name it contested the polls and won.
"They can't neglect his (Virbhadra Singh) family. We won on his name, face and work. It can't be the case that you use his name, face and family and then give all the credit to someone else. Even High Command won't do this," she had said.
However, Chhattisgarh CM and party's Himachal supervisor Bhupesh Baghel clarified that there was no question of neglecting anyone and the party would go on by taking everyone together. 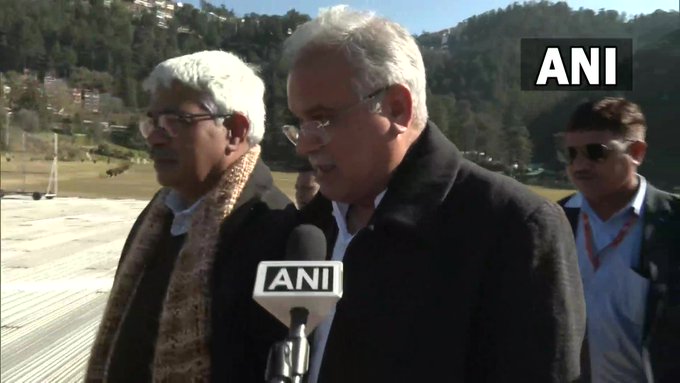 "There is no question of neglecting anyone. Everyone will be taken together to go ahead. Everyone has the right to express their opinion. There is no problem," CM Baghel said as he landed in Shimla for the meeting. 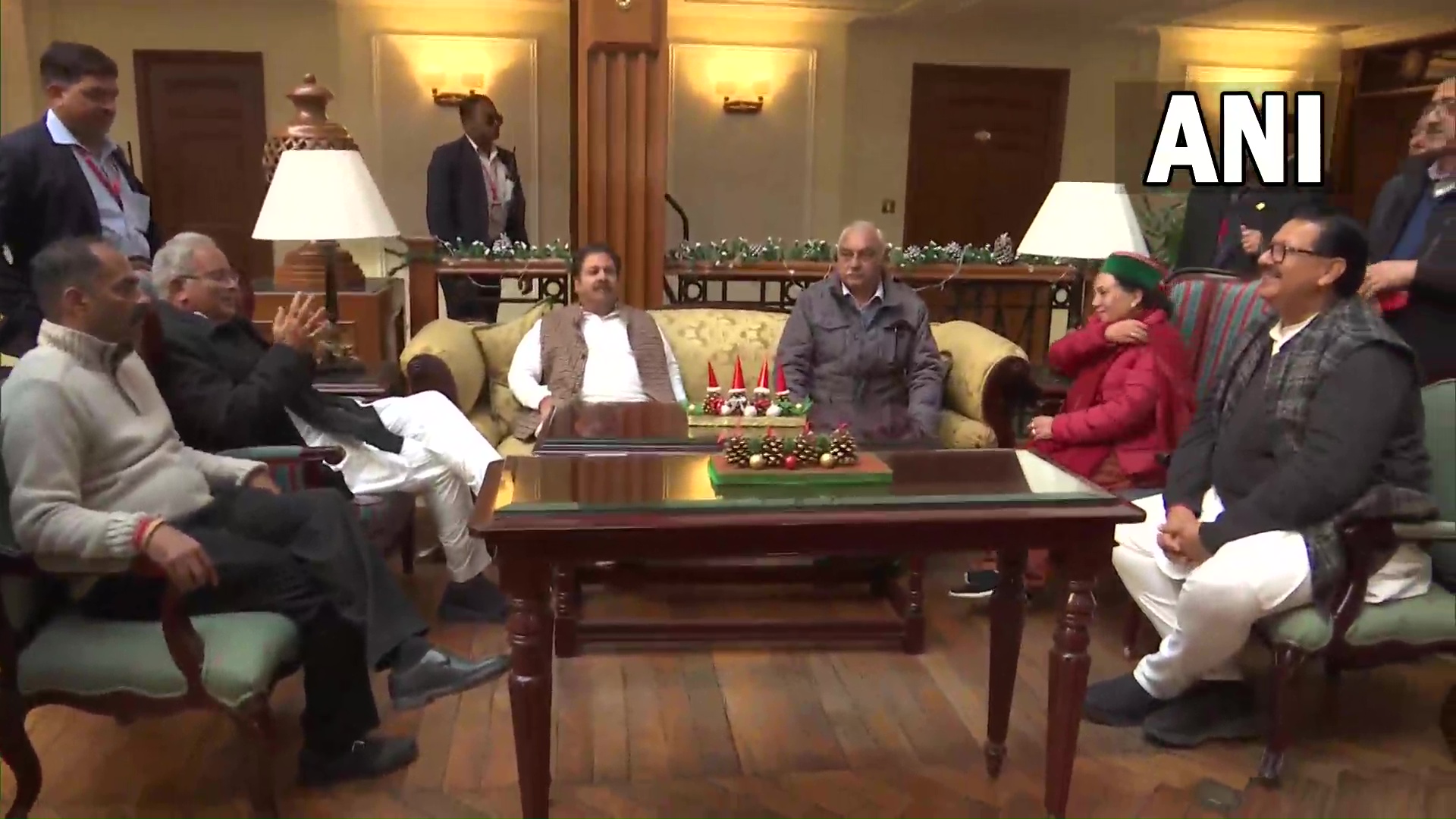 State in-charge Rajeev Shukla, Vikramaditya Singh (MLA) and supervisors Bhupinder Hooda and Chhattisgarh CM Bhupesh Baghel are about to hold a meeting with the Himachal Pradesh Congress chief Pratibha Singh and other leaders at a hotel in Shimla to decide upon the Chief Minister of Himachal. 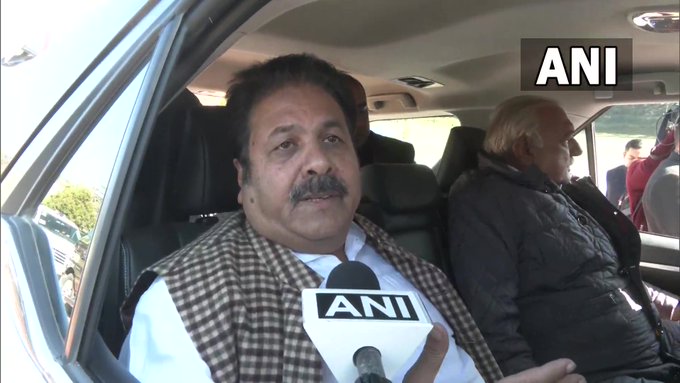 "With deities' blessings, we received the majority in Devbhoomi. We will meet people's aspirations. We have called elected MLAs, and with an unofficial meeting with them, we will intimate the party High Command. The High Command will make the decision," Congress' Himachal in-charge Rajeev Shukla said.
"Several names are being discussed. All equations are being seen. We should leave it to the judgement of the newly elected MLAs. It's their prerogative. People took their decision. It is now up to the MLAs to decide who they want as their leader. The same will be conveyed to the High Command and then they will make their decision on the same," Vikramaditya Singh said.
In terms of vote share in Himachal, Congress was only marginally ahead of the BJP, got 43.88 per cent of votes compared to 42.99 per cent of its rival. Others garnered a 10.4 per cent vote share in the hill state. Himachal Pradesh has a long tradition of alternating governments and Congress was on the right side of anti-incumbency.
While Congress won 40 seats in Himachal Pradesh, the BJP won 25 seats. Independents won three seats and AAP failed to open its account in the state.
Sukhvinder Singh Sukku, further underlined that the party's victory in Himachal Pradesh on Thursday showed the 'party's revival'. He also mocked by saying that the ones who were trying to make the country free of Congress are themselves getting freed.
"No ideology can be finished so soon. Himachal has the greatest number of educated people and by choosing Congress, they have shown that the party's revival has begun from Himachal. It is very important for Congress to exist as the main Opposition party and the ruling party for the unity and integrity of the country. Time will tell if those who wanted to make it (India) 'Congress mukt' are themselves becoming 'mukt'," he said. (ANI)

GEHLOT, JOSHI, PILOT AMONG THOSE RECOMMENDED AS AICC MEMBERS

There is no shortcut to success, I earned every bit of it through dedication and passion towards my career! - Chandrani Das