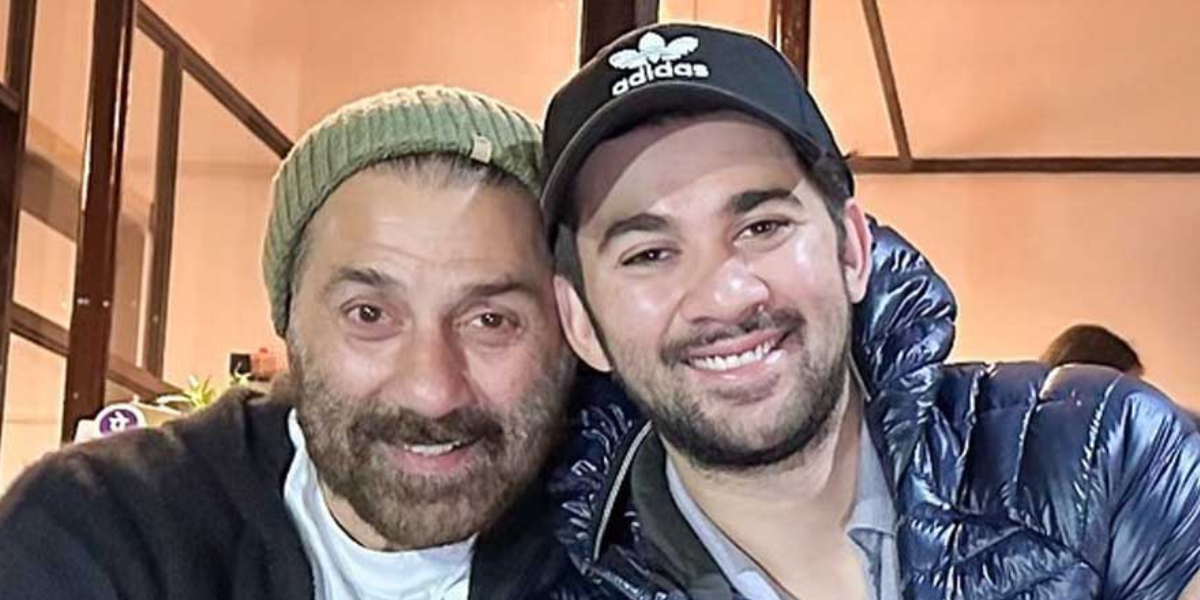 As Karan Deol turns a year older today, his father Sunny Deol has shared an emotional note for his son saying as a director to his son his admiration for Karan’s Hardwork and effort was always Sky High.

Karan Deol made his debut with Pal Pal Dil Ke Paas followed by Velle both of which movies earned a lot of appreciation from the fans. Karan is just two films old in the industry and is always seen looking forward to making his own identity in the Industry.

As the Actor celebrates his Birthday today his family poured in heartfelt wishes for the lad. Chachu Bobby Deol posted a picture on the gram wishing Karan while In his post dedicated to his son, Sunny wrote ,  “As a director I pushed your limits, and made you do everything. You rappelled off of high peaks in the Himalayas, jumped into frozen lakes, swam in Grade 6 Rapids water streams, got stuck between rocks, got hurt, but kept going on and on without a second thought...just because you believed in me! When I was making you do all this, as a father my  heart was always in my mouth, as a director my admiration for you was scaling mountaintops! You will succeed in your life my son because you take no shortcuts. I know it’s a lot of hard work, keep going, respect elders, be kind and  standup up for what is right! Happy Birthday, son! “

Karan also received abundance of love and wishes from his fans call him the most humble actor and an incredible performer. Well Indeed that’s true as Karan has always known to be close to his fans and the audience. On the work front Karan Deol will now be seen in 'Apne 2' alongside Sunny Deol and Bobby Deol. The movie will be a family entertainer that will include action and drama.

Be Bollywood : The Iconic Glam Onn Calendar 2023 By Parimal Mehta