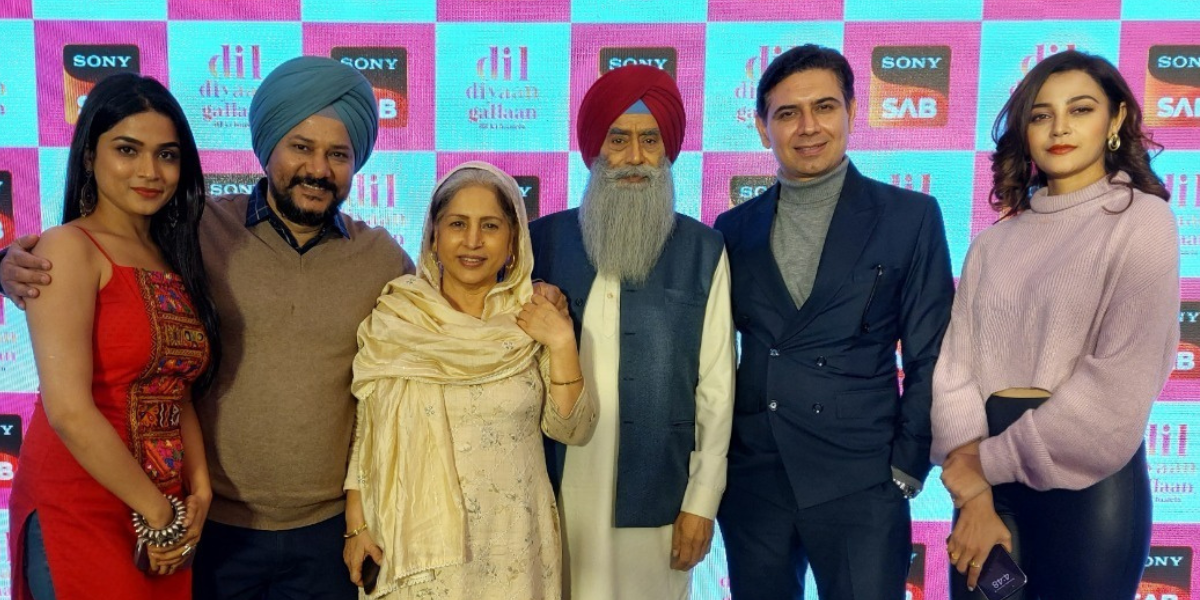 Story of a family torn apart due to migration and emotional distances, the show premieres on 12th December at 7:30 pm

Taking a new turn and moving away from being a comedy channel to becoming a channel known for bringing relatable content with its pulse on the feelings of Indian families and stories which resonate with viewers, Sony SAB is set to launch a new show titled Dil Diyan Gallaan. The show highlights the predicament of many families in India who are distanced from their loved ones due to migration, misunderstandings and unspoken words.

Dil Diyan Gallaan is the story of three generations with their roots in Punjab and the show features veteran actor Pankaj Berry along with an ensemble cast including Kaveri Priyam, Jasjeet Babbar, Sandeep Baswana, Ravi Gossain and Hema Sood among others. The new show showcases a Punjabi family grappling with the consequences of migration and a lot of unspoken feelings among the family members. The channel hopes to capture a new way of looking at estrangement and misunderstanding, giving people a different perspective and hope.

The story of a family from Hoshiarpur, Dil Diyan Gallaan will explore the journey of a family where the first two generations refuse to forgive and forget but are forced to face their past and hopefully heal when the third-generation steps in. With this show Sony SAB looks forward to connecting with the audience through more relatable stories about common people's lives.

Pankaj Berry, who plays the role of Dilpreet Brar says, “I am overjoyed to be a part of this show. Dilpreet is an intriguing character and that makes me gravitate more towards playing it. I think all generations would relate to the pain of the father, the way the story tells it and the way I have portrayed it. With this show, we hope to unfold various emotions and unspoken words among families to someday help them reconnect with their estranged loved ones. This is a show that is very close to my heart, and I believe that anyone who watches it will fall in love with the relatable characters and the storyline. Being a Punjabi and a father to a young boy who is about to fly away from the nest, I connected with this role instantly.”

Kaveri Priyam, who plays the character of Amrita Brar ,"When I first learned about the story, I immediately connected with the characters and the emotions that surrounded them. My character, Amrita, has an intriguing role to play because she is the one who brings about the revolution in the story. Often one thinks that young people cannot make a difference where family issues of elders are concerned, but today’s youth have value to add in situations that families go through and that is what my character portrays. Amrita is very similar to my real-life self as she is always looking for ways to adapt to the changes. The show is revolutionary in itself."

Sandeep Baswana, who’s playing the character of Mandeep Brar says,"Often people always blame the one who leaves the family and goes away without understanding their reasons. I am excited about playing this character as it brings a perspective of people who leave their homes and families to move away for their livelihoods and how difficult and painful it is for them. I am confident that the show will evoke strong emotions in those who have experienced or are currently experiencing a similar situation in their lives. The story reveals a lot about how Indians value their culture, traditions, and emotions in their lives.”

With the debut of Dil Diyan Gallaan on Sony SAB, December appears to be a lot warmer and cozier for the viewers! Tune in on 12th December at 7:30 PM only on Sony SAB.