'Don't know why BJP wants to attack own PM': Tharoor responds to barb over Mursharraf tweet

Use of bulldozers should be last resort: Omar Abdullah on demolition drive in J-K

Bodies of woman, her son found floating in canal in Rajasthan's Bikaner

Woman, child die after being shot during celebratory firing in Rajasthan's Alwar

Congress is a sinking ship and people have rejected violent Communist rule: Amit Shah in Tripura 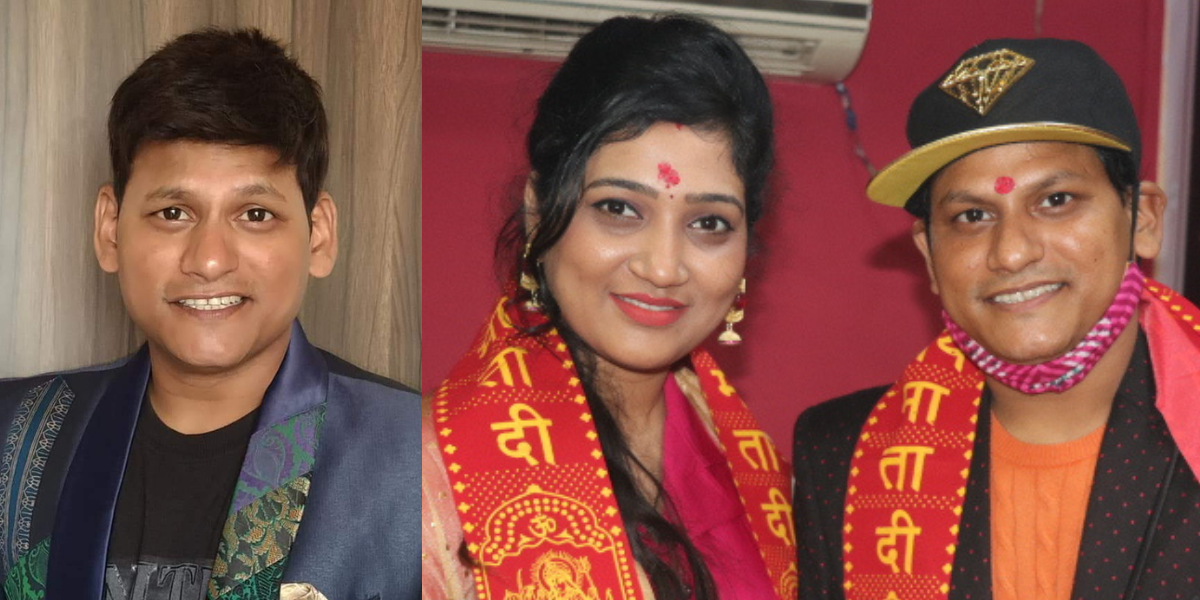 Mr Kalyanji Jana also known as A Garibo ke actor, came in the year 1999 at the age of 14yrs. He started out as a Rag picker, he used to also massage peoples foot, he also used to work at a flower shop making garlands and selling them. He also worked at a tea stall washed utensils at a hotel when he used to not have any food to eat he even took out food from the kachra and ate slowly by working hard he saved little money and started a small flower shop in Kandivali west at shankar lane.

There was a Dance class close to his shop where he would go and hidingly see them dance and with excitement of learning to dance he would start dancing anywhere like behind any vehicles parked in the garden and also in public toilet. At that time Mr Bijon Devnath who is a dance master and also his Guru supporrted and helped him a lot along with Dance master Mudassar Khan (UF Bittu) and Bittu singh who were also there for his support.

During this course of time close to his flower shop he started teaching Dance to kids from the area out of which some kids won first prize in their school competition due to which Kalyanji got pretty famous in the area and in many school and colleges he was famous.  By now he had almost started 20 dance classes in different places in the name of Western Dance Academy.  He started teaching in top schools and colleges as a dance master in Mumbai and also started performing in many big hotels and Corporate programmes.

Now was a new beggining a new era for Mr Kalyanji as he entered the film industry he got his first chance from Director and Producer kumar Adarsh Patwa And Ravi.k. Patwa ji film title Mahima Kashi Vishwanath as a side dancer, after this he was fortunate to get movies like Nasha and Rhoo as the main Dance Choreographer and also Gujarati super hit film Jay Vijay was choreographed by Kalyanji Jana which was directed by Lucky Anandji.

Uptill now Mr Kalyanji Jana has received around 185 different awards. Kalyanji also got a big chance to Judge a big Dance competition in Gujarat along with Maa Soraj Khan ji. In his life he also danced and acted in many Hindi, Gujarati, and marathi movies and music albums. He was also seen on Colors channel Reality show MISSION SAPNE, -2 dancing along with actress PARINEETI CHOPRA.

Kalyanji Jana started his home production S. K. M. H films production he produced a film in which he was the lead Hero called Dhund Lenge Manzil Hum which has been already released long back.

Kalyanji is currently doing 5 more hindi films as a lead hero which will release 2022-2023. Kalyanji also is a social service worker. Kalyanji has a record of Non Stop 120 round in one minute holding the indian flag in both hands.

Kalyanji has an Organisition in the name of Dadasaheb Phalke Icon Award Films (DPIAF) which Organises films Award functions.

In this period of LockDown Covid -19 kalyanji has helped many struggling artist lightman  makeup artist junior artist and many more by going to their homes and giving them Ration.

No proposal by DGCA limiting liquor serving on flights: V...

Use of bulldozers should be last resort: Omar Abdullah on...

Ciceroni hosts their first pop-up in Mumbai, A curation that brings...

Bodies of woman, her son found floating in canal in Rajas...

Woman, child die after being shot during celebratory firi...

Congress is a sinking ship and people have rejected viole...