Bella Hadid Poses Nearly-Nude As She Flaunts Her Figure 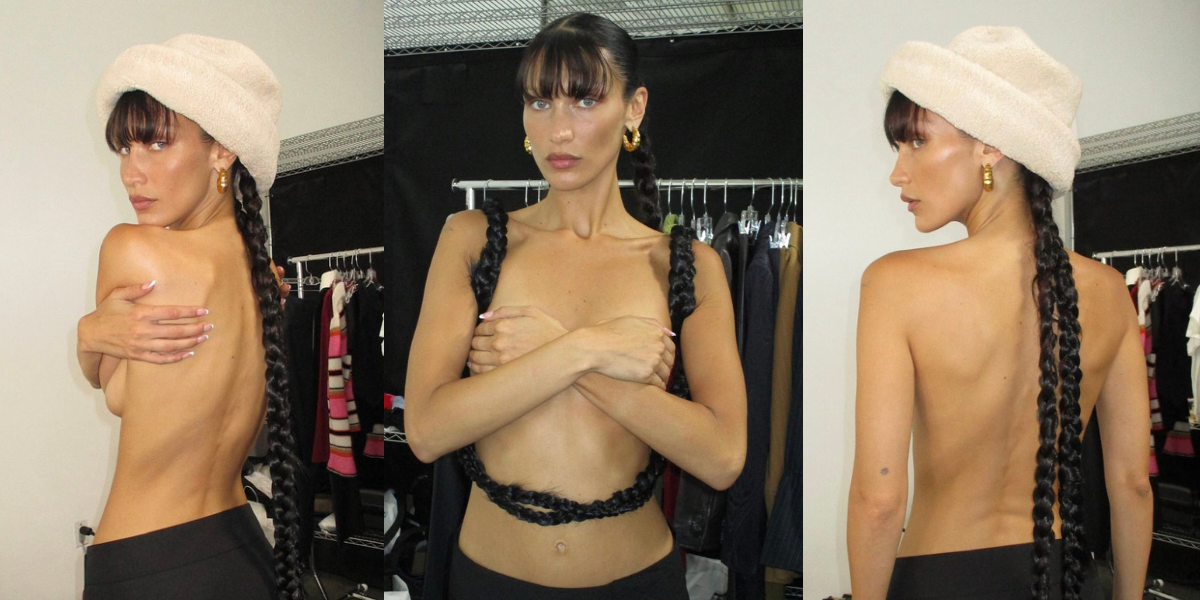 Bella Hadid is one of the world’s biggest supermodels and youth icons, known for serving looks and striking poses that are nothing short of iconic

Bella Hadid has once again shared eye-popping pictures of herself which have instantly managed to achieve more than a million ‘likes’ in mere a few hours. The supermodel bared it all as she posed shirtless to promote her new ‘About You’ collection.

Meanwhile, the post has witnessed a rave response from the fans. Many have even applauded Bella Hadid’s response on the internet to the latest controversial Balenciaga campaign, which shows children with stuffed animals using harnesses and other bondage items, and which has been withdrawn and they have apologized.

Sharing a carousel of images, Hadid wrote, "My collection @aboutyou, online now". For her post, Bella can be seen posing topless in a black miniskirt and a white hat. In the pictures, she also posed with long braids and used her hands to cover her breasts.