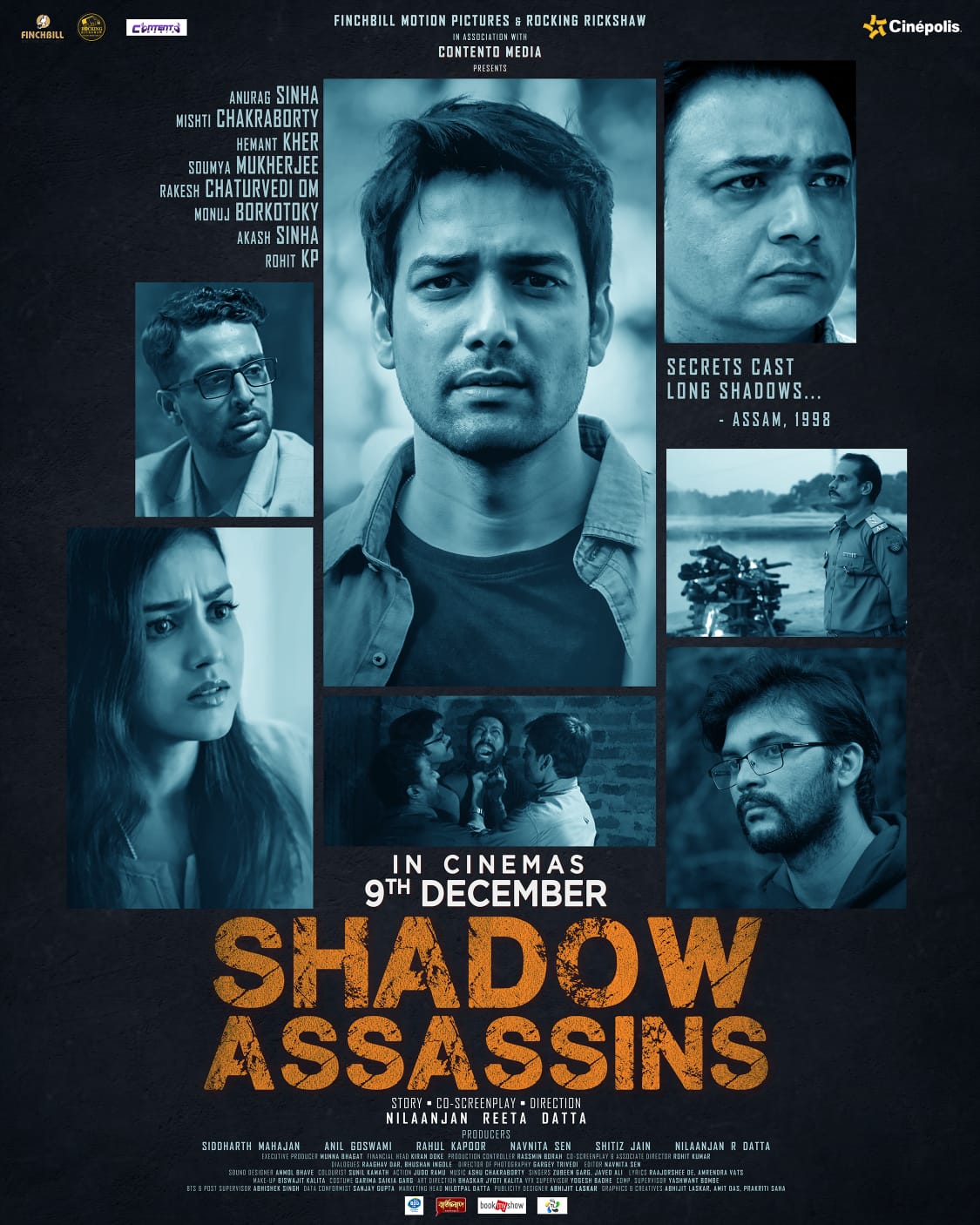 The darkest chapter in the history of Assam and north-eastern states  comes alive in the brutally honest film 'Shadow Assasins'. The killing of innocent people, caught in the crossfire of political out fall, also known as the secret killings have been portrayed in the most horrific and honest manner in the film. Directed by two time national award winner 'Shadow Assasins' is a film to watch out for. It is full of painful moments and it reminds us of one of the darkest period in the history of Assam.

The story follows a boy named Nirbhay Kalita who leaves his home city Guwahati (Assam) and shifts to Pune (Maharashtra) for further studies. But his dreams of completing his studies and building his future gets a jolt when his own  family is caught in the political fall out in the state which turns out to be violent and many innocent people are brutally attacked to death. The deeply disturbing and earth shattering realities of his home state makes him return leaving his dreams behind.

The secret killings of innocent people in Assam had been one of the most talked about and darkest period in the history of the state where people believed to be sympathisers of outlawed militant group ULFA were killed mercilessly by masked gunmen. After brut killings, throwing away their mutiliated bodies everywhere also became a norm so that nobody dares or even think of going against the outlawed militant group operating in the state for their own ulterior motives.

Filmmaker Nilaanjan Reeta Datta tells the story of mindless violence in the most chilling and most heart wrenching manner possible. He not only questions the killing of innocent civilians and but he also effectively unravels the politics behind the violence. Interestingly, he also chose to cast actors  from Hindi, Bengali and Assamese industries.

The lead characters Anurag Sinha and Mishti Chakravarty have given power packed performances in the film. Other actors like Hemant Kher, Rakesh Om, Soumya Mukherjee, Rajeev Lal Borua, Monuj Borkotoky make their characters look  believable in the volatile setting of the movie which gives ample scope to all the actors.

Produced by Finchbill Motion Pictures, Rocking Rickshaw and  Contento Media, 'Shadow Assasins' is film which shouldn't be missed at any cost. The film releases on 09 December across cinemas in India. Go book your tickets now!

Ayushmann Khurrana says he introduces himself as Ranveer Singh in s...