Lko commissioner in need of camp office, municipal boss too without one

Mission 2024: BJP far ahead of oppn in election preparations

Docs can now give evidence statement from SMS hospital

Children priceless heritage & our responsibility is to provide all round development

I have left CM’s bungalow, not my determination, says Uddhav

The movie, about the love and bond between a stray dog and a factory worker, leaves pet owners emotional 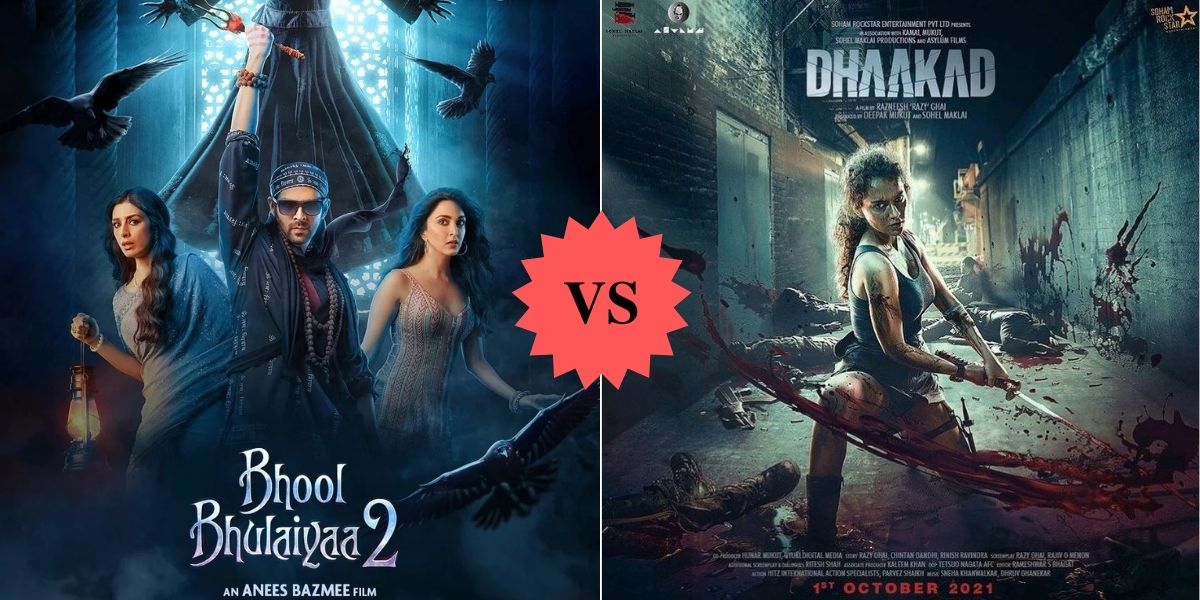 Mumbai (Maharashtra): May 20, Friday, saw a lot of drama in the theatres with the release of two big films. ‘Bhool Bhulaiyaa 2’ starring Kartik Aaryan, Kiara Advani and Tabu and ‘Dhaakad’ starring Kangana Ranaut, Arjun Rampal and Divya Dutta faced each other at the box office with a same-day release. Both the films were premiered for the media beforehand and both the films had similar show timings. Both of them boasted about bringing something new to the screen and both of them had an ensemble cast. With such a face-off unfolding in front of a film-loving audience, it surely makes everyone curious as to who won. Did Bhool Bhulaiyaa 2 scare the wits out of Dhaakad or did Dhaakad kick Bhool Bhulaiyaa’s ass?

As soon as the sun rose on the theatres of Mumbai, everyone came out with their reviews on how they felt about both movies. Talking about Bhool Bhulaiyaa 2, Ashish Tiwari from First India called the film a treat and stated that it fills the void of the family entertainer genre that was created by an array of action thrillers. It proved that the film worked on the screens and would surely create its place among theatrical hits. Of course, it gained the favour of the public who said that the movie was a perfect blend of horror and comedy.

Now remained the question of whether Dhaakad outdid its contender. Well, it can be called an unfortunate turn of events as Dhaakad failed miserably to catch the hearts of the viewers. Ashish called it nothing more than a compilation of beautiful montages. It really breaks one heart to see good acting and cinematography talent get wasted terribly. However, some defend the movie to be a great watch and hold it on par with Hollywood blockbusters like Resident Evil and Tomb Raider. As a result, the film has gotten a few good responses from the audience. But is it the magic of Kangana and the fantastic action sequences that worked on them or were the entirety of the film that good?

Overall, it could be said that Bhool Bhulaiyaa 2’s black magic overpowered the action-packed Dhaakad. While the Kartik Aaryan starrer gave the audience what the theatres lacked for so long, Dhaakad became the movie that could have been so much more if not for a terrible screenplay.

Ranbir Kapoor : Alia Bhatt Is My Daal Chawal With Tadka For Life

Rajkummar Rao takes a break from his holidays to launch the trailer of his film, HIT: The First Case

Meera Chopra brings 'Asexuality' to Indian mainstream cinema with her next film.

Salman Khan will only associate with something he’s confident about : Kichcha Sudeep

Mission 2024: BJP far ahead of oppn in election preparations

DISTANT DREAM OR A POSSIBLE FUTURE?

Spark of her BEAUTY!

Ranbir Kapoor : Alia Bhatt Is My Daal Chawal With Tadka For Life

Rajkummar Rao takes a break from his holidays to launch the trailer...