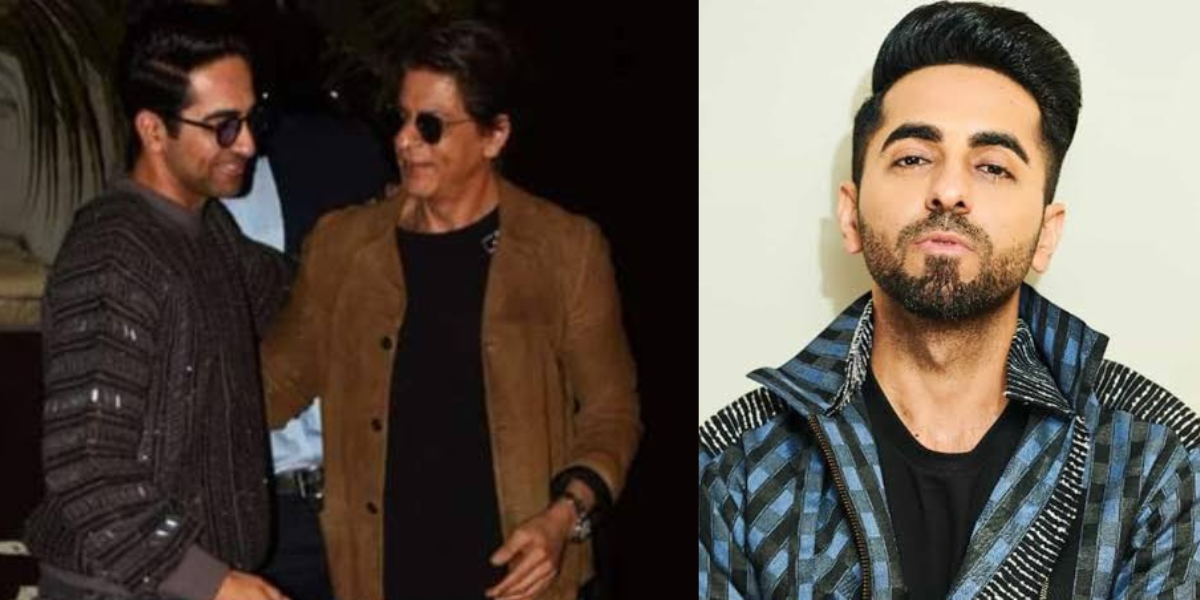 Ayushmann Khurrana, who is gearing up for the release of his upcoming film, An Action Hero, recently expressed his fan love for Bollywood's Badshah Shah Rukh Khan. Khurrana took to Instagram and shared a picture of himself posing in front of Shah Rukh Khan's house, Mannat, on November 27 while making a wish.

The actor calls himself a fan of the star and said that he too made a wish while passing through the spot. In the picture, Ayushmann can be seen looking at Mannat from the sunroof of his car, while several onlookers capture the moment on their cellphones.

Clad in a black coat and glasses, Ayushmann was surrounded by a lot of fans who captured the beautiful and surreal moment. While sharing the picture, Ayushmann expressed his joy and wrote, "Mannat se guzar raha tha. Toh ek mannat maang li (was passing by Mannat, so I made a wish). An Action Hero, 2nd December (sic).” He added the song Baazigar O Baazigar from Shah Rukh's film Baazigar along with the picture, along with the hashtag ‘SRKian’.

Fans of Ayushmann as well as Shah Rukh Khan showered the post with love. It got more than 6 lakh ‘likes’ within a few hours. A fan called Mannat “fav place in Mumbai”. Actor Maniesh Paul wrote, “This song and especially these lines!!!”

Ayushmann is busy with the promotions of his first action film, An Action Hero. Directed by Anirudh Iyer, the film also stars Jaideep Ahlawat. It will be released in theatres on December 2.