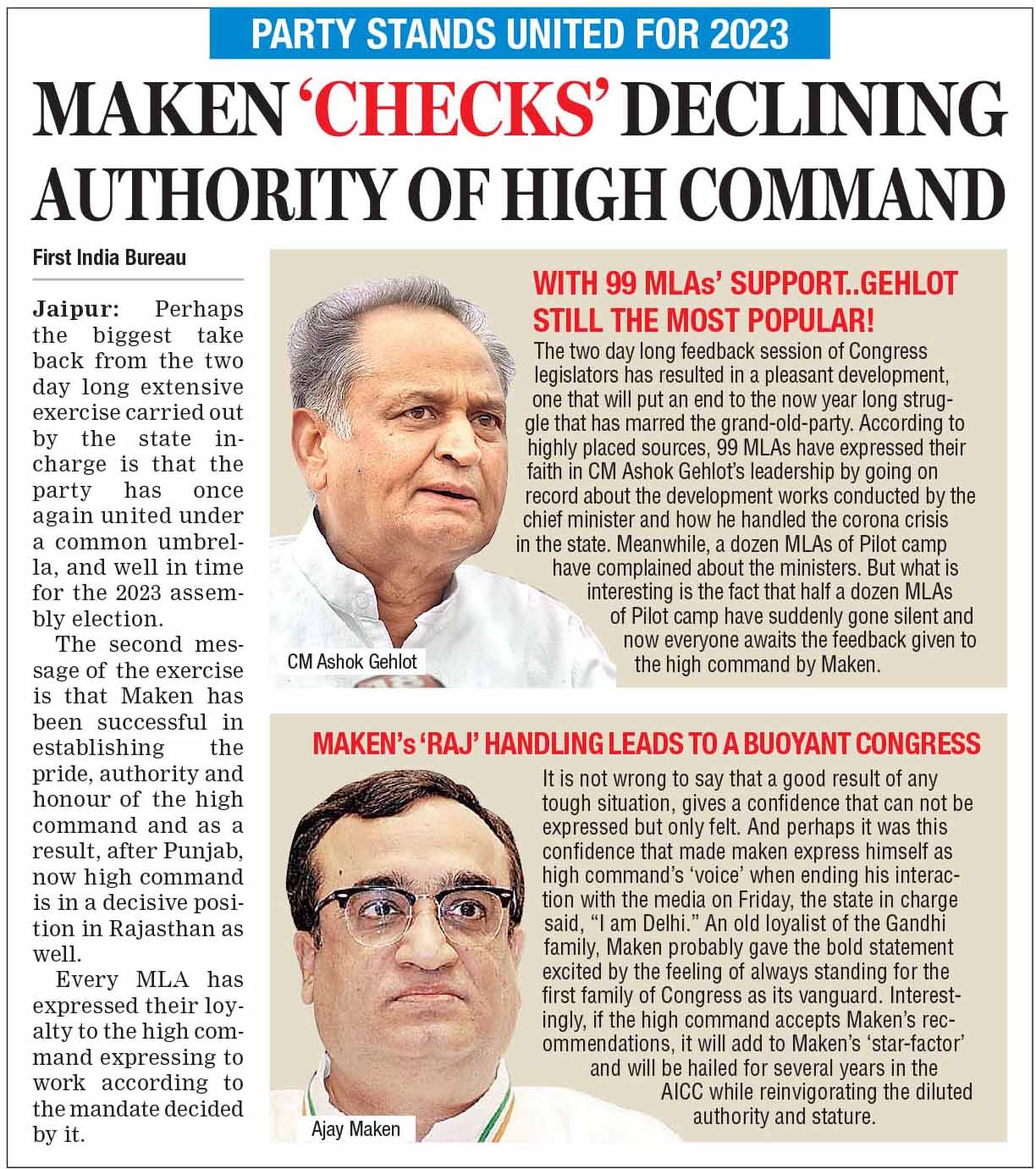 Jaipur: Perhaps the biggest take back from the two day long extensive exercise carried out by the state incharge is that the party has once again united under a common umbrella, and well in time for the 2023 assembly election. The second message of the exercise is that Maken has been successful in establishing the pride, authority and honour of the high command and as a result, after Punjab, now high command is in a decisive position in Rajasthan as well. Every MLA has expressed their loyalty to the high command expressing to work according to the mandate decided by it.

WITH 99 MLAs’ SUPPORT..GEHLOT STILL THE MOST POPULAR!

The two day long feedback session of Congress legislators has resulted in a pleasant development, one that will put an end to the now year long struggle that has marred the grand-old-party. According to highly placed sources, 99 MLAs have expressed their faith in CM Ashok Gehlot’s leadership by going on record about the development works conducted by the chief minister and how he handled the corona crisis in the state. Meanwhile, a dozen MLAs of Pilot camp have complained about the ministers. But what is interesting is the fact that half a dozen MLAs of Pilot camp have suddenly gone silent and now everyone awaits the feedback given to the high command by Maken.

It is not wrong to say that a good result of any tough situation, gives a confi dence that can not be expressed but only felt. And perhaps it was this confi dence that made maken express himself as high command’s ‘voice’ when ending his interaction with the media on Friday, the state in charge said, “I am Delhi.” An old loyalist of the Gandhi family, Maken probably gave the bold statement excited by the feeling of always standing for the fi rst family of Congress as its vanguard. Interestingly, if the high command accepts Maken’s recommendations, it will add to Maken’s ‘star-factor’ and will be hailed for several years in the AICC while reinvigorating the diluted authority and stature.