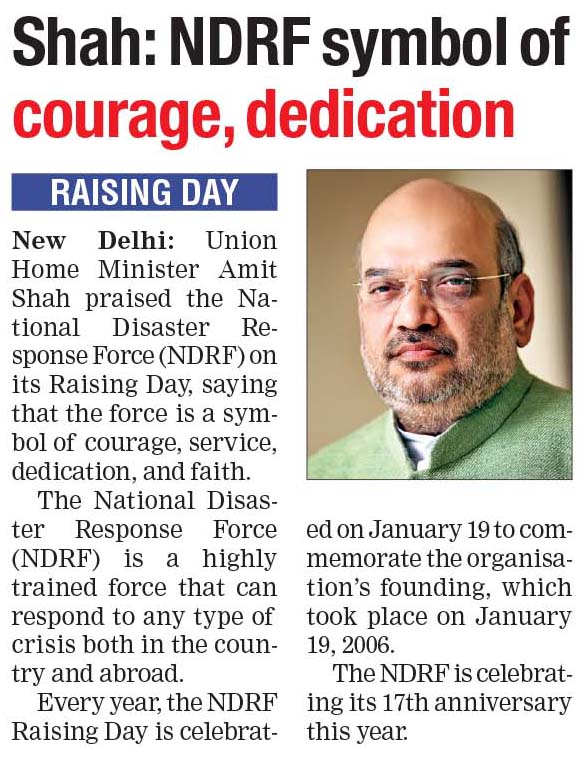 New Delhi: Union Home Minister Amit Shah praised the National Disaster Response Force (NDRF) on its Raising Day, saying that the force is a symbol of courage, service, dedication, and faith. The National Disaster Response Force (NDRF) is a highly trained force that can respond to any type of crisis both in the country and abroad. Every year, the NDRF Raising Day is celebrated on January 19 to commemorate the organisation’s founding, which took place on January 19, 2006. The NDRF is celebrating its 17th anniversary this year.